There are two very cool tools (unmkbooting and mkbootimg) that allows you to hack your boot.img and make changes in the ramdisk including the init.rc very quickly and faster than compilation. You actually do not need to compile anything, just using a Linux machine (I am using Ubuntu 12.04 64bits), install the two tools and run the procedure below:

END_OF_DOCUMENT_TOKEN_TO_BE_REPLACED

This is part of the book “Intel Galileo and Intel Galileo Gen 2 – API Features and Arduino Projects for Linux Programmers”You can download for free using this link http://www.apress.com/9781430268390?gtmf=s 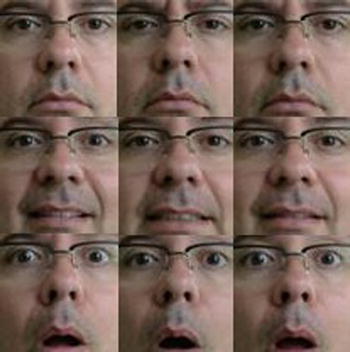 OpenCV is huge framework and there are some basic functions needed to capture and process videos and images V so that they can communicate with input devices, such as a webcams. This chapter introduces the basic concepts needed to build powerful applications with your Intel Galileo board. The project will focus on how to connect a webcam to Intel Galileo, how the webcam works in Linux, how to capture pictures and videos, how to change the pictures with OpenCV algorithms, and how to detect and recognize faces and emotions.

BSP (board support package) SD card images of the Intel Galileo board support OpenCV and allow projects like the one in this chapter to be developed.

Several programs and tasks will be executed in this project. They are divided into Video4Linux and OpenCV categories as follows:

Note that the V4L2 examples use C and the OpenCV examples are written in C++ and Python. This is done to illustrate the performance of OpenCV in different languages and its cross-platform capabilities.

OpenCV was developed by Intel research and is now supported by Willow Garage under the open source BSD license.

But what is computer vision and what is used for? Computer vision is the ability to provide methods and algorithms that help computers interpret the environment around them. Human eyes are able to capture the environment around us stereographically. They send the images to our brains, which interpret the images with a sense of depth, format, and dimension to all the components that compose an image.

For example, when you look at a dog in a park, you can tell how far the dog is from you, where exactly the dog is, whether you know the dog and his name, the format of the objects in the park such as sandboxes, trees, and parked cars, if it is going to rain or not, and so on.

A three-month old baby can identify objects and faces in a process that looks so natural for human beings.

What about computers? How do we program computers to use the same kind of analysis and come to the same conclusions when analyzing a simple picture of the park?

Several mathematic models, static data, and machine learned methodologies have being developed hat allow computers to “see” the world and understand the environment around them.

Robots use computer vision to assemble cars, recognize people, help patients in hospitals, and replace astronauts in dangerous missions in the space. In the future they will be able to replace soldiers in the battlefield, perform surgeries with precision, and more.

The OpenCV libraries offer a powerful infrastructure that enables developers to create sophisticated computer vision applications, abstracting all mathematic, static, and machine learning models out of the application context.

If you need more details about how the algorithms works, visit the OpenCV website (opencv.org) and improve your knowledge with books dedicated exclusively to OpenCV and image processing.

This project requires a webcam to serve as Intel Galileo’s “eyes” to capture pictures and videos and apply algorithms using OpenCV. If you are using Intel Galileo, you will also need an OTG-USB adapter in order to connect the webcam because, unlike Intel Galileo Gen2, Intel Galileo does not have an OTG-USB connector.

You’ll need to generate a custom BSP image that contains all the tools and software packages that will be used. You can also download the BSP image from the code folder and copy it to the micro SD card, which will save you hours building with Yocto. The tools and ipks packages used in this chapter require more space than the SPI images can support, thus a micro SD card is necessary.

To focus directly on the OpenCV examples, it is necessary to understand the capabilities of your webcam, like the resolution, encodes, and frames per second that are supported. Understanding these capabilities using V4L2 will prevent you from wasting hours trying to decipher errors that in fact do not come from OpenCV but from V4L2.